There are personalities who are unknown to most of us, but they have made an important contribution to our knowledge of the world around us. In fact, without their contribution, some news of the past would not have come down to us and we would not have a complete view of past cultures.One of these is, undoubtedly, Giovanni da Pian del Carpine who, centuries ago, was the first to describe territory known as Mongolia.

Giovanni da Pian del Carpine was born in 1182 in Pian del Carpine, Italy, today known as Magione, situated in the Province of Perugia. He was about 30 when he entered into the Franciscan order, becoming one of the first companions of Francesco D'Assisi.

As a friar, Giovanni da Pian del Carpine preached in many European places, finally settling in Germany where he, in 1243, received an invitation from Pope Innocenzo IV to go to the Taratri and deliver two Papal seals to the Great Khan. 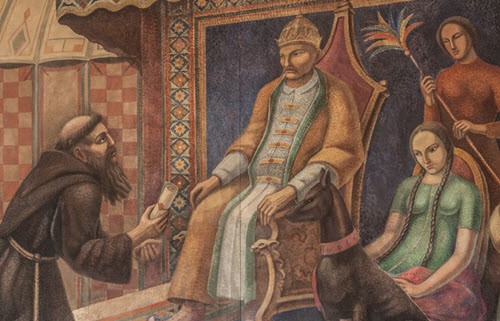 The Great Khan of the Mongol Empire

Although the purpose of those letters was to avoid a new war between the Mongols and Christianity. However, on account of their content, they did not have the desired effect and no alliance was reached between the Catholic Church and the Mongols.

Still, despite the disastrous political campaign, Giovanni da Pian del Carpine, managed to gather a great deal of information about the culture and habits of the Mongolian people. Thanks to all this information, he wrote his Ystoria Mongalorum (History of the Mongols), a very extensive account about his travels and all he discovered during that very long journey. This very interesting book provides us with a cross-section of the Mongols of that period.

In his book, Giovanni da Pian del Carpine tells Europe the secrets of the Far East, and was also the first to do so, using a humble but determined voice.

Of course it cannot be denied that this name is unknown to most people, while there is a broad knowledge about Marco Polo's feats and travels. However, we must not forget that if Marco Polo wrote "il Milione", Polo owes it to the journey of Giovanni da Pian del Carpine, who opened the interest to many, towards those territories unknown at the time. And, by doing so, pushed many other explorers, both religious as not, to explore and export Western culture to those lands, and at the same time often importing the culture that they found there into Western society.

History of the Italian Regions
The name Italia, probably a Graecized form of Italic Vitelia (='calf land'), was originally restricted to the southern half of the 'toe' but was gradually extended. By 450 B.C. It meant the region subsequently inhabited by the Bruttii; by 400 it embraced Lucania as well. Campania was included after ...
Subscribe for FREE Unsubscribe from our site