In 2009 the book Rita Atria, a Sicilian rebel got publish, written by Petra Reski, a german journalist, who also wrote the non-fiction novel Mafia. Rita Atria is a pentita, someone that breaks with her or his (criminal) background and will serve as a state witness. A mortal sin within the Mafia structure and certainly not something that will be done without thoughtful consideration. The story of Rita Atria reads smoothly and intrigues from the first page. It is clear that Reski has studied the subject well and speaks with great knowledge about the Sicilian Mafia, but also about the experience of a such a witness.

"The mafia problem is mainly a political problem"

​
How did you become interested in the story of Rita Atria?

Already in 1992 I started writing about the Italian Mafia. I found the story of Rita in the newspaper. It was a short article about a 17-year-old girl who testified against the Mafia and committed suicide. I was intrigued by it. A young girl, without the support of her family, fought the mafia. What must have gone through her, how did she feel and how lonely and desperate she must have been to put an end to her life at such a young age?
In the book you write about how Rita felt and what she went through, but not so much what Rita told the government. Why didn't you?
My intention was to write about Rita and not so much about the Mafia. I wanted to describe her internal life and her struggle with all this so the outside world could understand. Her story is important, especially because in the beginning she did not go to the government. That was because she thought the mafia wasn't that bad, those feelings came much later. It took her a very long time before switching over to the other side. 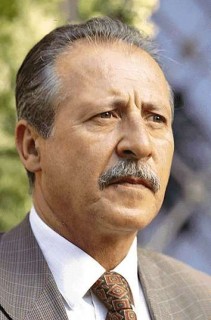 The role of Paolo Borsellino was very important in her becoming a state witness.​

That's right. Borsellino, an Italian judge and prosecuting magistrate, fought the mafia together with investigating judge Giovanni Falcone. For Rita, Borsellino was a surrogate father and brother. He was an idol who lived in a different world. After he was killed by a Mafia car bomb in Palermo, only 57 days after Falcone's murder in Capaci, she lost all hope for a better life. She didn't want to become an hero and was very ambivalent about this, but she still became a role model.

Do you think Rita ever regretted her decision to go to become a state witness?

I don't think she ever regretted her decision, although the whole situation was very difficult for her. She has always said that the Mafia always wins and therefore had no hope for a place in this world. She knew that she could never live safely and therefore would never have any freedom or chance to have a normal life. She was all alone. Her family had turned against her and wanted to have nothing to do with her. Borsellino was her only hope, until he too was killed. At that moment she lost all hope and saw only one way out, suicide. A desperate act.

Rita's mother has never been able to forgive her and even destroyed her tombstone. You interviewed her. How did you get her to talk to you, knowing you were going to write a book about her daughter?

I don't really know that. Maybe she wanted to talk. What became clear to me during the conversation was that her mother did not regret anything, not even the destruction of her daughter's tombstone. With this act she wanted to save the honor of the family, her social status had plummeted by the actions of Rita. In my opinion she was a bad woman who was unable to love someone. She raised her children according to the Mafia tradition. General interest over personal interest, family over individual. Despite of everything.

What was your biggest challenge when writing this book?

Without a doubt, the biggest challenge was to establish a meeting with Piera Annielo, also a state witness against the mafia. She lives very secluded and is very difficult to approach. The biggest difference with Rita was that at least Piera had the support of some family members and was not totally banished and abandoned. But also, in Piera's case some family members no longer wanted anything to do with her. 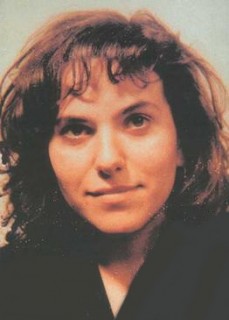 How is it possible that the Mafia has so much power in Italy?

The Mafia problem is primarily a political problem. Ordinary people are not so much responsible for this, but it also has historical and social roots. The biggest problem here is that people do not feel protected. They grow up in a world where they have to subordinate themselves to certain elements and as long as there is no greater pressure from Europe to get this under control, there will not be many changes. If you don't keep yourself to the rules set by the Mafia, then they will do everything in their power to ruin your reputation. A selfless act by people like Rita is therefore not seen as such. It is seen as a sin. That is frustrating. Even now, seventeen years later [red. 2010 time of interview], nothing has changed and that is very frustrating.

You write and have written a lot about the Mafia. Have you never been scared?

In Germany I was threatened by the Mafia, openly, during a public presentation. This also happened in Italy. Of course, this is frightening, especially because it was done so easily and publicly, but it has no influence whatsoever and it will certainly not change my actions, nor will it change my opinion. I will always keep writing the truth, in a sense that is also my only protection. I have to talk about what I am researching and bringing to the surface, not only to uncover the truth and to share it with the public, but also to protect myself. Regarding Rita Atria, I mainly wanted to tell her story because I wanted to show what it felt like for her and what someone who witnesses against the Mafia goes through.

The lawsuit against the Borsellino killers was reopened in 2008*. According to new informants, not only is the mafia responsible for his death, but the Italian secret service also played a role in his death. What is your opinion about this?

This has been suggested for a long time. Several agents have doubts about the role of the secret service, unfortunately it has not yet been possible to prove this. The son of the former mayor of Palermo is now testifying in this court case and I really hope that something will come out of this. What is a very interesting detail is that the explosives used to kill Borsellino came from Germany. A few days before he came to Germany this was told by the police. Unfortunately, it did not help to prevent his murder.

*As with many high-profile cases in Italy, the case regarding Borsellino was reopened. The prosecutor in Caltanissetta reopened investigations after Gaspare Spatuzza, a Mafia killer who became a state witness (pentito) in 2008, admitted he stole the Fiat 126 used for the car bomb in the Via D'Amelio attack. His admission contradicted the declarations of Vincenzo Scarantino, who had confessed earlier to stealing the car and whose testimony was the main evidence in previous trials. When confronted with Spatuzza's statement, Scarantino admitted that he had repeated what some investigating officers had forced him to tell the magistrates. Spatuzza's declaration led to the re-opening of the trial on Borsellino's murder, which had been concluded in 2003.

Spatuzza claims that his boss, Giuseppe Graviano, told him in 1994 that future Prime Minister Silvio Berlusconi was bargaining with the Mafia, concerning a political-electoral agreement between Cosa Nostra and Berlusconi's party Forza Italia, in exchange for certain guarantees – such as to stop the 1993 Mafia bomb terror campaign, to force state institutions to moderate their crackdown against the Mafia after the murders of Antimafia magistrates Falcone and Borsellino. Berlusconi had entered politics and won his first term as Prime Minister in 1994. Berlusconi's right-hand man Marcello Dell'Utri was the intermediary, according to Spatuzza. Dell'Utri has dismissed Spatuzza's allegations as "nonsense".

Spatuzza's assertions back up previous statements of the pentito Antonino Giuffrè, who said that the Graviano brothers were the intermediaries between Cosa Nostra and Berlusconi. Cosa Nostra decided to back Berlusconi's Forza Italia party from its foundation in 1993, in exchange for help in resolving the Mafia's judicial problems. The Mafia turned to Forza Italia when its traditional contacts in the discredited Christian Democrat party proved unable to protect its members from the rigours of the law. "The statements given by Spatuzza about prime minister Berlusconi are baseless and can be in no way verified," according to Berlusconi's lawyer and MP for the People of Freedom party (Il Popolo della Libertà, PdL), Niccolò Ghedini.

The alleged negotiations between Dell'Utri and the Mafia followed an earlier attempt with Vito Ciancimino, the local political link for the Corleonesi clan, who supposedly had contacted government officials after the killing of Falcone to negotiate a stop to the killing spree. Borsellino apparently had been informed of the machinations. Two former colleagues of Borsellino have told investigators about a meeting with Borsellino in Palermo shortly before his death during which he broke down in tears saying, "A friend has betrayed me, a friend has betrayed me." And: "My brother's death was a State murder," Paolo's brother Salvatore Borsellino claims. "My brother knew about the negotiations between the Mafia and the state, and this is why he was killed." [Source: Wikipedia]
Copyright ©​ The Taste of Italy
Interview by Natasza Tardio
Cover - Photo by Shoba - Licenced by Petra Reski

What would the world be like without Nutella: The Ferrero Family
"Che mondo sarebbe senza nutella" is the official slogan of the wonderful hazelnut cream known as Nutella, appreciated by many and eaten worldwide. Few know that its invention was totally random and born out of necessity. HistoryIn 1946, at the end of WWII, chocolate was so expensive nobody could af...
Subscribe to this entry Unsubscribe this entry